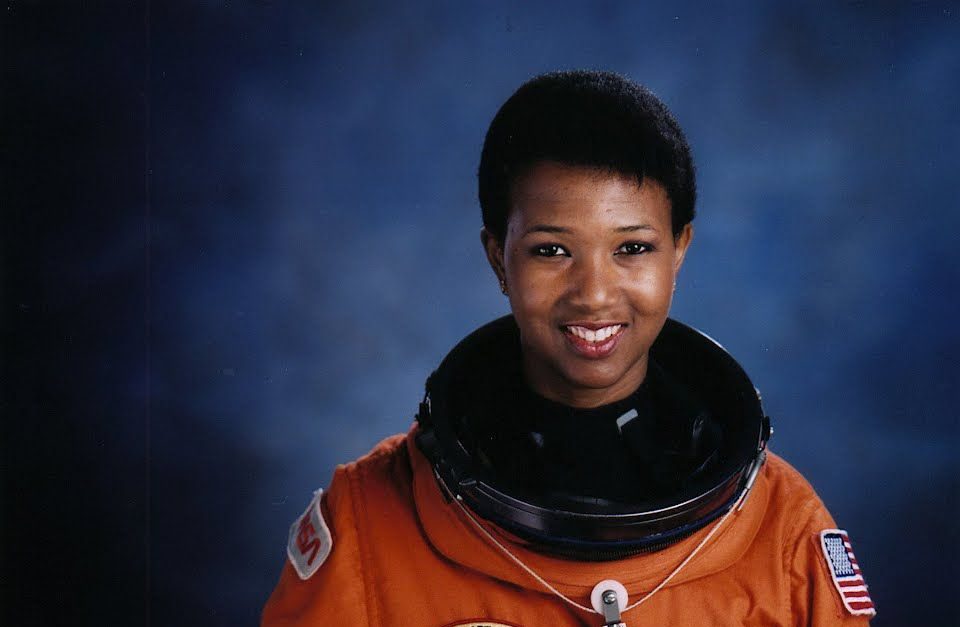 Can you be a dancer, an astronaut, a doctor, and a professor? Yes. But you’ll need the tenacity and intellect of Mae C. Jemison, whose belief is that the arts and sciences should be taught together and are not at all separate.

On September 12, 1992, Jemison made history when she became the first African-American woman to travel into space aboard the Endeavour on mission STS47. She didn’t mean to become a role model but quickly became one to girls, particularly girls of color, everywhere.

And what is it that made Jemison so successful? A supportive family, a drive to learn, and a balance of art and science. Jemison was born in Alabama but raised on the South Side of Chicago. Since age 11, she has been an avid dancer, practicing many different types, such as African dancing, ballet, jazz, modern, and Japanese dance. While attending Morgan Park High School in Chicago, she decided she wanted to become a biomedical engineer.

After high school, she went to Stanford University on a National Achievement Scholarship to earn a BS in chemical engineering. She also continued to excel at dance and theater and headed the Black Student Union. After her undergraduate, she decided to become a professional dancer and attend medical school. She made a choice to attend Cornell University Medical College. During this time, she traveled abroad to study in Kenya and Cuba and worked at a Cambodian Refugee camp in Thailand. After earning her MD, she worked as a Peace Corps Medical Officer in Liberia and Sierra Leone.

If her life wasn’t impressive enough, Jemison then decided to apply at NASA. In 1987, she was accepted as 1 of 15 out of about 2,000 applicants. The Challenger disaster in 1986 did not deter her. However, it did delay her application process. At NASA, Jemison was part of the Shuttle Avionics Integration Laboratory and worked on the first mission following the Challenger.

Jemison participated in research on bone cells, weightlessness, and motion-sickness during her space mission. She also brought aboard an Alvin Ailey American Dance Theater poster and did a salute each day she acquired from Star Trek (she credits Star Trek for inspiring her space travel). It’s clear that Jemison is a Jill of all trades, but I think what she hopes to communicate to the world is that maybe we all are if we allow art and science to co-exist.

After resigning from NASA in 1993, Jemison began teaching at Cornell University and Dartmouth University. She wants to make sure that the next generation of scientists includes all ethnicities and genders and hopes to inspire the youth of color to pursue careers in math and science. Jemison pushes for hands-on science learning, raising the bar, and teaching children what different professions are. She believes in the three E’s: experience, expectation, and exposure.

Jemison has appeared on Star Trek written books, and you can watch her TED talk.