The planet Neptune is the eighth and final planet orbiting the Sun every 164.8 years at around 30 AU (4.5 billion km). Seventeen Earths could fit inside of Neptune. Neptune is denser but smaller than Uranus because its greater mass causes more gravitational compression of its atmosphere. Like Jupiter and Saturn, Neptune’s atmosphere is composed mainly of hydrogen, helium, and “ices” such as water, ammonia, and methane. Neptune’s atmosphere also contains traces of hydrocarbons and potentially nitrogen.

Uranus and Neptune are dissimilar to Jupiter and Saturn in a distinct way. They are called “ice giants” since they have a more “icy” composition and interiors primarily composed of ices and rock. Neptune’s bluish color is due to traces of methane in the outermost regions of Neptune’s atmosphere. Neptune’s atmosphere is one of the most active in our Solar System, and it has some of the most robust, sustained wind systems of any planet. Wind speeds have reached as high as 2,100 km/h (580 m/s; 1,300 mph). Neptune has had several unique storm formations, including the Great Dark Spot, the Scooter, and the Small Dark Spot.

Neptune is too far to be seen with the naked eye and was discovered using a mathematical prediction rather than by direct observation. During the 1700’s astronomer Alexis Bouvard deduced that irregularities in the orbit of Uranus were the result of gravitational perturbations by a planet yet to be discovered. After that, Johann Galle discovered Neptune on September 23, 1846. Using Bouvard’s observations, the world was within a degree of the position predicted by Urbain Le Verrier. Triton was discovered soon after. Neptune was named after the Roman god of the sea, and its moons were named after lesser sea gods in Roman mythology.

Our Exploration of Neptune

Neptune has been visited by one space probe, Voyager 2. Voyager 2 began photographing Neptune around May 1988 and officially began exploring the Neptunian system the following year, around August 1989. Upon its last observation of Neptune, the probe ventured closer to Neptune than any other planet Voyager encountered on its mission, coming within 4,950 km (3,080 mi) above Neptune’s north pole.

Six more moons were found later in 2002, 2003, and 2013, bringing Neptune’s total moons to 14. Voyager was able to photograph Proteus, Nereid, and Triton. Observations of Triton proved to be a huge success. The probe discovered Triton to be geologically active with nitrogen ice cryo-volcanos or geysers active throughout its surface. Voyager 2 also found polar caps and a thin atmosphere of nitrogen ice particles.

Neptune’s atmosphere forms up to 10% of its mass and extends to around 10% to 20% of the way toward the core, where it reaches pressures of about 100,000 times that of Earth’s atmosphere. Neptune has a similar methane composition as Uranus. Scientists believe another unknown atmospheric element contributes to Neptune’s bluish hue.

The mantle is rich in water, ammonia, and methane. This mixture is a hot, dense, and highly electrically conductive fluid sometimes referred to as a water–ammonia ocean. Scientists believe conditions may contribute to methane decomposing into diamond crystals that rain downwards like hailstones at depths of 7,000 km. Sounds fun, right?

Neptune’s core consists of silicates, and nickel-iron has a mass about 1.2 times that of Earth with a pressure of nearly twice as high as that at the center of Earth with temperatures as high as 5,400 K.
Neptune’s magnetic field is tilted relative to its planetary axis at 47° and offset at 13,500 km from its center. Neptune’s magnetopause begins to slow the solar wind at a distance of 34.9 times its radius. The magnetopause, where the pressure of Neptune’s magnetosphere counterbalances solar wind, lies at a distance of 23 to 27 times the radius of Neptune. The magnetosphere’s tail extends out to at least 72 times the radius of Neptune.

Triton is Neptune’s largest moon and the seventh-largest moon in the Solar System at 2,710 kilometers (1,680 mi) in diameter. Triton was discovered in early October 1846 by English astronomer William Lassell. Triton is also the only large moon in the Solar System with a retrograde orbit around its planet. Scientists believe Triton’s retrograde orbit indicates that the moon may have been a dwarf planet captured from the Kuiper belt by Neptune’s gravity.

Triton’s composed of a frozen nitrogen surface, a water-ice crust, an icy mantle, and a rocky core. The core makes up about two-thirds of its total mass. Triton’s density of 2.061 g/cm3 suggests a composition of around 15–35% water ice.

The most spectacular feature of Triton is its active cryovolcanic geysers. These geysers erupt in plumes up to 8 km high, steadily for nearly a year, driven by the sublimation of nitrogen ice. Sublimation is the transition of matter directly from the solid state of matter into the gaseous state of matter without passing through the intermediate liquid phase.

The only geologically active moons within our Solar System are Io, Europa, Enceladus, and Titan. Due to Triton’s geysers, its surface is relatively young, with few prominent impact craters. Well-developed cryovolcanic and tectonic terrains suggest an extremely active geological history. Triton’s geysers are the source of its thin, nitrogen atmosphere, which has significantly less pressure than Earth’s atmosphere.

Seven smaller moons with prograde orbits lie within Triton’s orbit. These moons are Naiad, Thalassa, Despina, Galatea, Larissa, Hippocamp, and Proteus. Hippocamp and Proteus are the only moons of this group that is tidally locked. Hippocamp is the smallest moon and the last moon to be discovered, while Naiad is the closest Neptune moon. Proteus is the largest regular moon and the second-largest moon of Neptune. Naiad, Thalassa, Despina, and Galatea orbit within Neptune’s rings and serve as shepherd moons, keeping Neptune’s rings together in one piece.
The largest of the inner moons is Proteus. They are believed to be re-accreted from the rubble disc generated after Triton’s capture after Triton’s orbit became circular. Neptune also has six smaller, irregular moons whose orbits are much farther from Neptune and highly inclined. Three of these moons have prograde orbits, while the remaining satellites have retrograde orbits.

Nereid, Halimede, Sao, Laomedeia, Psamathe, and Neso lie outside the orbit of Triton and are known as irregular moons. If you recall, an irregular moon is a natural satellite that follows a distant, inclined, and often eccentric and retrograde orbit around its primary, or in this case, planet. Their orbital behavior suggests that these moons did not form together with their world. They most likely were captured planetary bodies orbiting the Sun before the gravity of their planet captured them.

Triton and Nereid are the largest known irregular moons in our Solar System, with Triton being significantly larger than all other irregular moons. Other orbital oddities, including the eccentricity, inclination of their orbits, make Triton and Nereid an unusual pair of irregular satellites. These consistencies with the Triton and Nereid give us a glimpse into the Neptunium system’s past. Triton was more than likely a plutoid body captured by Neptune. Upon its capture, Triton’s gravity disrupted the orbit of Nereid, giving Nereid its highly eccentric but low inclined orbit. The two outermost Neptunian irregular satellites, Psamathe and Neso, have the largest orbits of all moons in our Solar System. 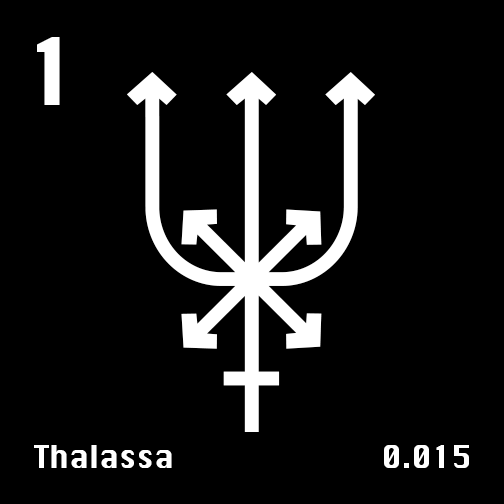 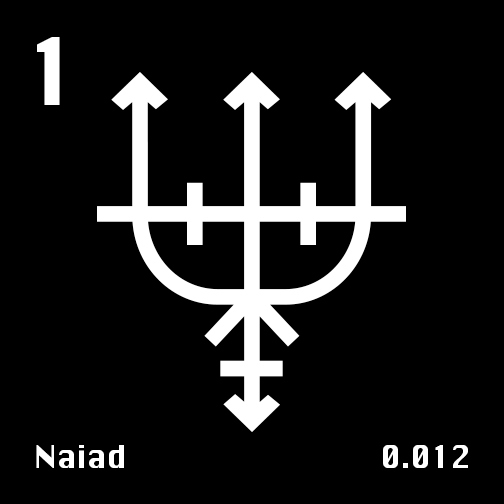 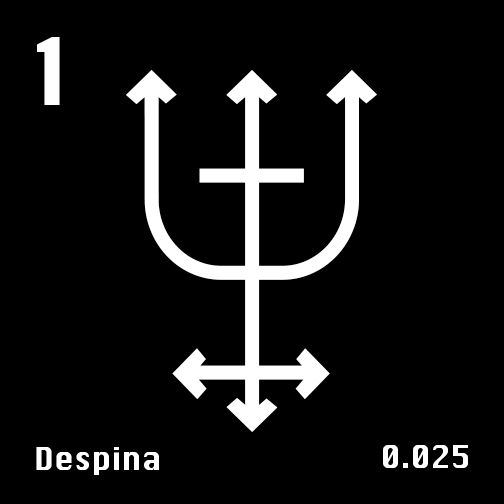 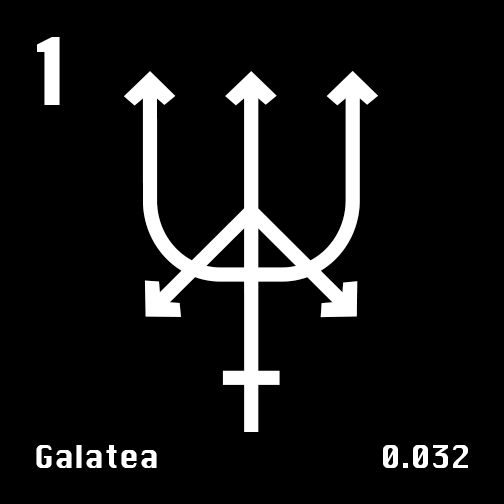 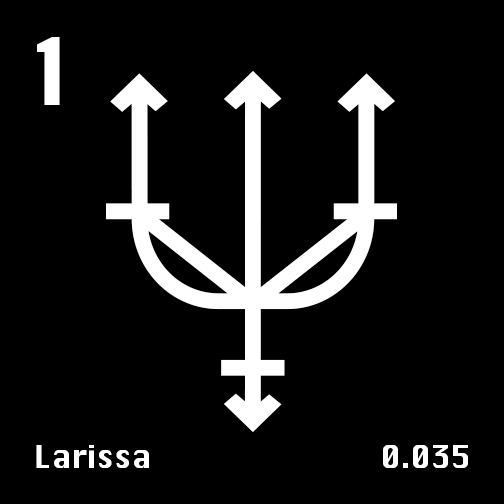 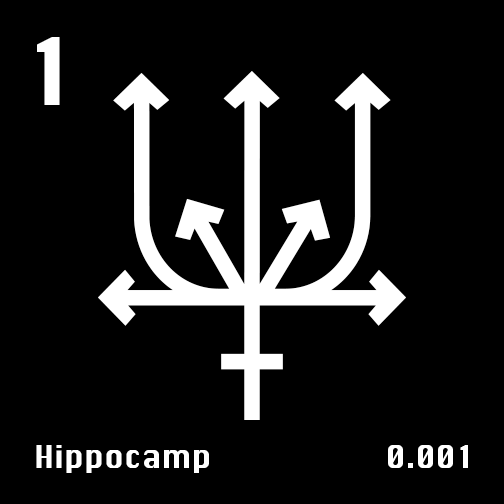 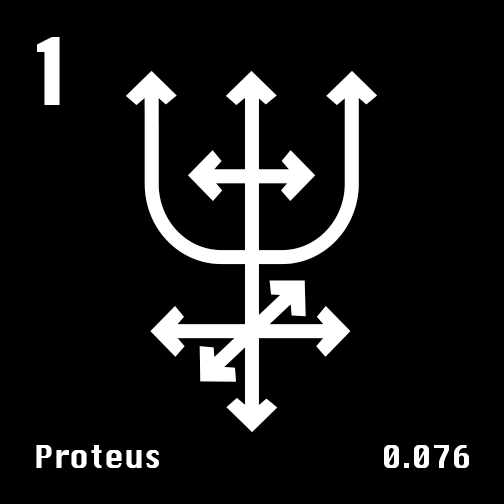 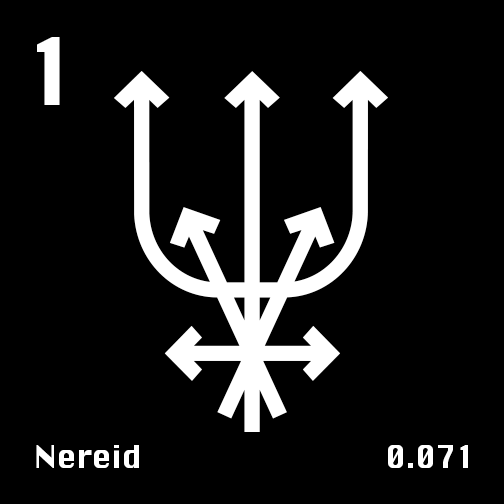 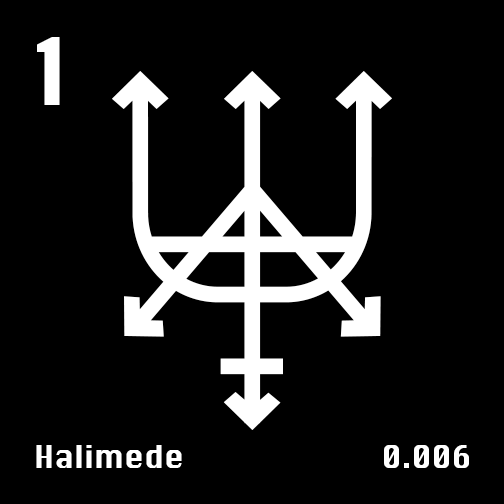 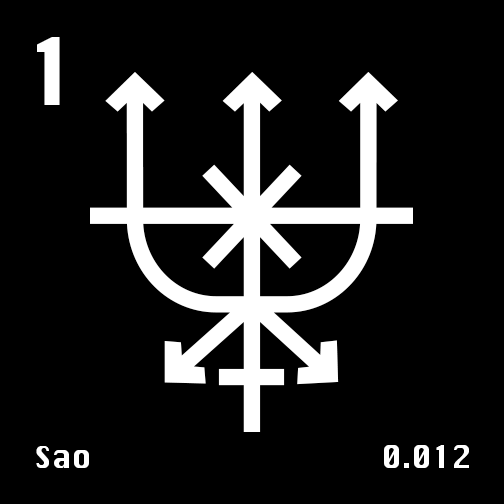 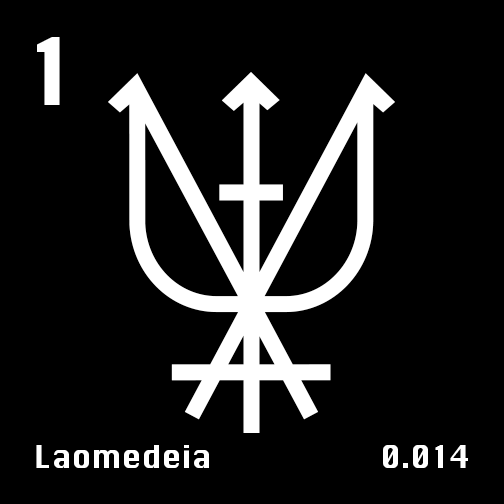 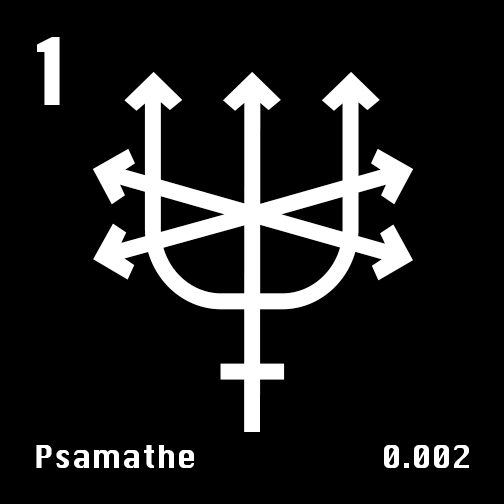 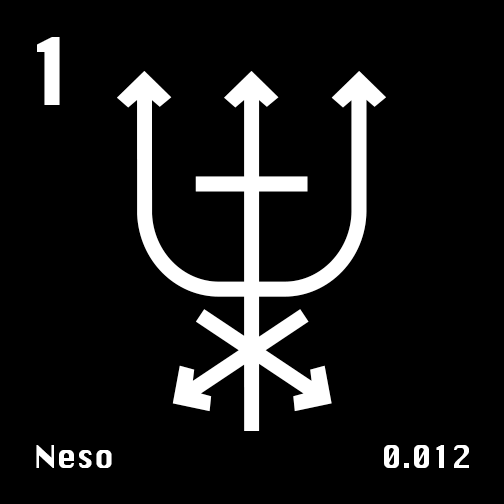