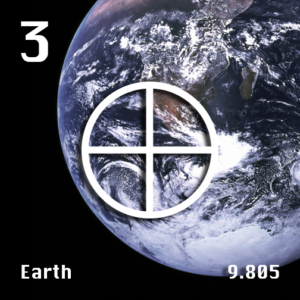 The Earth, our home, is the third rock from the Sun and the only world we know of that can support life as we know it. Earth is also the largest of the Solar System’s terrestrial planets. Earth formed nearly 4.5 billion years ago. It also has one natural satellite that we refer to as the Moon or Luna. The Earth makes one full revolution around the Sun every 365 days. It also rotates on its axis during this time nearly 366 times. One rotation on Earth’s axis is the equivalent to a day.

Seasons are the result of Earth’s tilt on its axis. The 23.4° angle causes the summer, spring, fall, and winter. The hemisphere tilted towards the Sun produces summer weather while the hemisphere pointed away from the Sun gives us winter. The change in seasons occurs as the Earth revolves around the Sun. This movement changes which hemisphere points towards the Sun at different points of the year. We refer to the day in which these seasonal changes occur as the winter and summer solstices. These dates are December 22 and June 21, respectively. These seasons are opposite for the southern hemisphere. One other cool fact…the Earth is not flat. 🙂

The crust of the Earth is made up of several tectonic plates. These plates continue to move and shift over time, causing earthquakes and the formation of mountains, volcanoes, hills, valleys, and other land formations. Over 71% of the Earth’s surface is covered by water contained within the Earth’s oceans. The rest of the surface of the Earth comes in the form of continents. Both of the polar regions of the planet are covered by ice and snow. The innermost core of the Earth is made of solid iron. The core is surrounded by a solid-liquid mantle, which is the source of Earth’s magnetic field.

In the first billion years following the creation of the Earth, different types of life began to appear in the oceans. Scientists believe the earliest life appeared almost 4.1 billion years ago. From there, life began to appear on land. There have also been several different instances where mass extinction occurred. 99% of all of the different species that have ever lived on the Earth are extinct. There are currently over 7 billion humans living on the Earth. The planet currently has almost 200 sovereign states.

The first ever self-replicating molecules came into existence almost four billion years ago. Following this, photosynthesis began its evolution to allow life forms to use the Sun’s energy to help them survive. This helped oxygen to begin to accumulate in the atmosphere. This also allowed the creation of an ozone layer in the atmosphere. Shortly after all of this, different multicellular organisms began to form. Some of the oldest fossil records are microorganisms that were found in sandstone in Australia.

Almost 750 million years ago, most of the Earth was covered in ice. After this, the Cambrian explosion occurred where most of the Earth was covered with multicellular organisms. Since the explosion occurred, there have been five different mass extinctions on the Earth. The last one occurred 66 million years ago when an asteroid hit the Earth. This led to the extinction of the dinosaurs that weren’t able to fly, and many other enormous reptiles. Some of the smaller mammals were able to survive this asteroid. Several million years ago, ape-like mammals began to have the ability to stand up. From this, different skills were learned such as the ability to create and use tools. 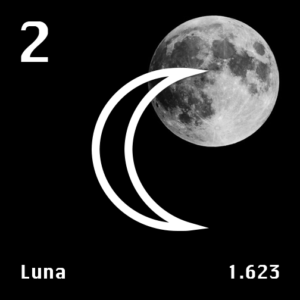 The Moon is the Earth’s only natural satellite, orbiting Earth from 384,000 km (239,000 mi) away. The Moon or Luna is the fifth-largest natural satellite in the solar system and a warm miniterran according to the PHL classification of planetary bodies. There are several theories as to how the Moon formed. The most widely accepted theory about the origin of the Moon is that the Moon formed about 4.51 billion years ago from leftover debris from an impact between Earth and a Mars-sized object. The Moon is rather large in regards to the Earth in terms of the size of natural satellites. A few scientists informally describe the Earth-Moon system as a binary planet system since technically the Moon and the Earth orbit a center of mass slightly outside of Earth’s core.

Archimedes was the first to design a planetarium that could accurately represent the surface of the Moon and other planets. Galileo was the first to observe the Moon via telescope back in 1609. He saw that the Moon was covered in mountains and craters. It was far from smooth, as many initially believed.

The Soviets were the first to reach the Moon with an unmanned probe in 1966. The U.S. reached the Moon first with a crewed spacecraft with the Apollo missions in 1969. Apollo 11 was the first spacecraft to land with astronauts who were able actually to walk on the Moon. The Apollo program was the third program that was carried out by NASA. This program landed men on the Moon between 1969 and 1972. Overall, twelve different men walked on the Moon as a result of this program.

In 1990, the Japanese joined as the third nation to send a spacecraft in orbit around the Moon. Following this, in 1994 the United States sent Clementine into orbit so that it could create topographical maps of the Moon. India, China, Japan, and the U.S. have all sent orbiters to the Moon since.