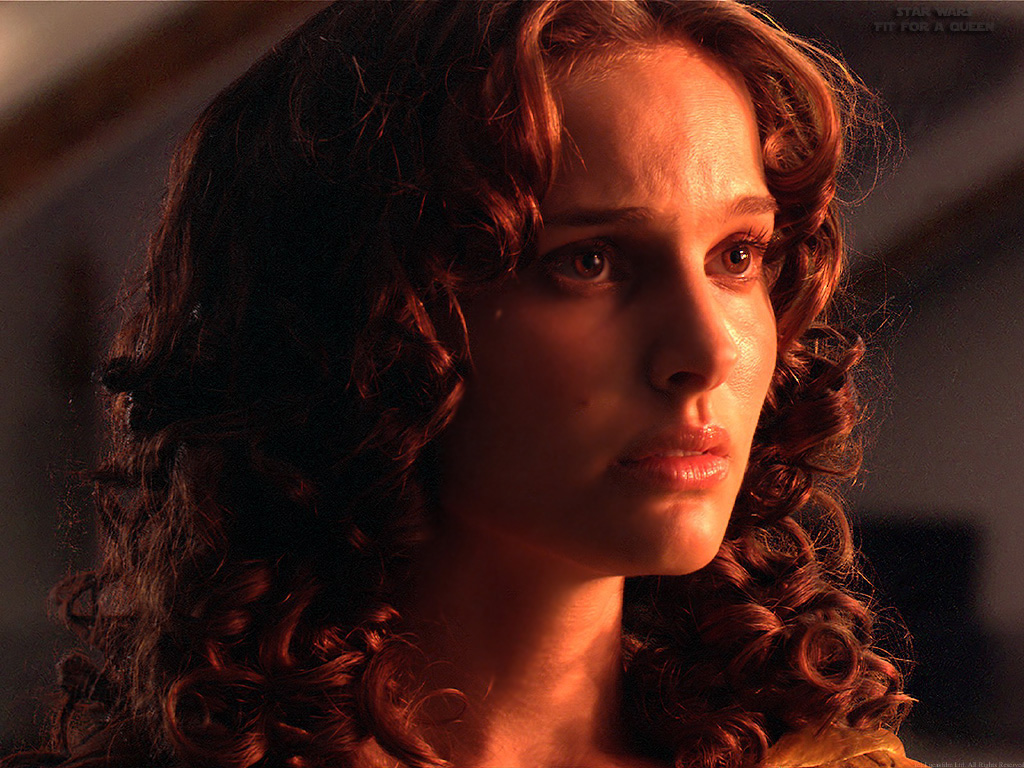 It’s been a long week, so I decided to take a moment to forget about things and enjoy some good old fashion TV. I don’t have cable since TV isn’t my thing, but Amazon Prime is. I turned on my Xbox and immediately flipped through movies and television shows. I grazed a couple of titles, but my interest was apathetic at best.

Then, I had a bright idea…I haven’t seen my favorite movie in a while: Star Wars Revenge of the Sith. Watching the opening battle scene, I wondered, “Why do people hate this film so much?”

A friend of mine once said, “ignorance is bliss,” when I explained why Revenge of the Sith was my favorite movie.

I replied that I imagine it must be a wonderful life not knowing and living with the burden of knowing the literary genius that is the Revenge of the Sith.

Hundreds of years from now, they’ll read this story in textbooks just as they do with the Odyssey (another equally epic story), Beowulf, or the Biblical story of Jesus.

I think a lot of the disdain may be cultural and just plain ole taste in movies. As I said, I’m not much of a TV buff. I can’t remember the last time I watched the Oscars, and I would be hard-pressed to give you the names of at least five actors. It’s just not my thing.

But sci-fi, imagining the impossible and having the vision to create new worlds, lives, and creatures were my childhood pastime, along with chasing girls, sports, and hip-hop. Speaking of hip-hop, I feel like there may be a cultural aspect that no one is addressing. It’s the elephant in the room.

But that’s what made George Lucus’s films transcendent, they were not bound to one culture. They sparked our imaginations with universally recognized themes and narratives. For me, the worlds, the cultures, the people, and the force made the Star Wars movies memorable. It was more than a movie. It was something of a movement and experience.

I want to think that I see things for what they are, not by the nostalgic fanboy glasses many people seem to have.

I have never understood the Star Trek vs. Star Wars thing, just as I don’t understand the Prequels’ hatred and the overblown nostalgia for the Sequels. They both were good in their right.

And to add fuel to the flame, I wasn’t particularly impressed with Force Awakens. Haha, nostalgia is good, but I would never take it over creating something new, fresh, and beautiful.

Star Wars Revenge of the Sith was a metaphor. The Force Awakens was nothing more than a reboot of the sequels created for those fans. While it gave the fanboys what they wanted, it failed to create anything of its merit or introduce anything new or fresh. It neglected to develop characters or the story. It was sort of like the last season of Parks and Rec. They would’ve been better off marching the old Star Wars characters down a red carpet, doing a couple of interviews, and showing some scenes.

All in all, it was a solid movie, nothing to write home about.

Revenge of the Sith's Handling of the "Dark Side"

One of the most intriguing aspects of Star Wars: Revenge of the Sith was what I like to call: Anakin’s Choice. It’s one of the highlights of the “hero’s journey” or the Campbellian Monomyth.

What’s amazing about what George Lucas did with Revenge of the Sith is that crafted the hero’s journey to end in a beautiful Shakeperean-like tragedy.

Anakin’s choice was foreshadowed throughout all of the prequels. Every dark moment in Anakin’s life leads up to that very moment of his destiny. The movie did a fantastic job of laying out the personal conflict within Anakin, his desire for power, and the feeling of being unappreciated by the Jedi Council. It also illustrated his frustration with how the Jedi operated and the need for affirmation that he desired from Obie One (this ties into his feeling unappreciated by the Jedi and, most importantly, his desire to save Padmé Amidala.)

All these desires culminated into that one choice. Once that decision was made, there was no turning back. Palpatine understood every painful emotion Anakin felt and preyed on them. That final act of giving in to the dark side was the culmination of a plot that had been building since the first prequel — a work of art by George Lucas.

He then kills all the Jedi younglings. Just as he killed the Tusken Raiders, George Lucas had to raise the stakes to demonstrate the evil he was capable of as a dark lord. After that decision to turn to the dark side, there was no turning back. That moment sealed his fate as a member of the sith. The scene of Yoda sensing the great tragedy of the Order 66 was epic. It correlated with Anakin’s slaughter of the Jedi children. George Lucas perfectly depicts the coming shrowd of evil.

He loses 80% of his body in an epic battle with his mentor, teacher, and friend, Obie One. The betrayal is evident in the laboring, painful voice of Obie One as he leaves a maimed Anakin to burn in the ashes of the volcano planet where the fight took place.

Ironically his suffering continues by way of his own hands. Anakin’s sole reason for succumbing to the dark side slowly slips away. He wanted to save Padme from death during childbirth, a nightmare that hunted him routinely. That nightmare was validated since he had the same visions of his mom’s death at the Tusken Raiders’ hands.

Padme dies of heartache during childbirth, as he envisioned. The ‘heartache” was caused by her disillusionment with Anaik’s choice to choose evil in a futile bid to save her.

Without Padme, Anakin was no longer Anakin. What else did he have left? …other than to acquire power and fulfill his destiny as one of the most powerful rulers of the Galaxy?

Other Aspects of the Revenge of the Sith I Enjoyed

Revenge of the Sith’s Politics

Most sci-fi/war movies get lost in politics and different moving parts of evolving agendas. Revenge of the Sith was perfect. It didnt do too much, and it didnt do too little.

Revenge of the Sith’s World Building

This is probably my favorite thing about Star Wars Revenge of the Sith. Revenge of the Sith (and the other prequels) went to great lengths to demonstrate the far-reaching conflicts within the Galaxy. More planets, more species, ships, militaries, invested characters, and more at stake. The water world, the volcanic world, the world with the bug creatures.

The sequels were good, but there were far fewer planets, worlds, species, and characters. I’m filled with awe just thinking about it. The Galaxy sure seemed a lot bigger and a lot more interesting, that’s for sure. Thank you, George Lucas.

Who can resist a love story? At the center of political unrest, war, prophecy, power, and religion lies the love between Padme and Anakin. It is deeply poetic to think that an entire Galaxy was brought to its knees by one man’s quest to save the woman he loves.

Anakin abandoned everything he believed in for love, but his quest for power lost the one thing he loved. He became a bit more than a murderous machine, far more powerful than anyone that came before him, but not powerful enough to defeat death and save his loved ones.

Revenge of the Sith’s References to Ancient History

George Lucas’ use of Biblical and antiquity narratives is pronounced. Anakan was the chosen one, born of a lowly woman without her having sexual intercourse, exactly as Jesus was. His entire youth was overshadowed by a prophecy that lurked over his actions waiting to envelop him in his destiny as the chosen one who would restore balance to the force.

He lived in a Galatic Democratic Republic with a government lock and step with ancient Rome and Greece. And just as the Roman/Greecian Republic was forged into the Roman Empire, so was the Galactic Republic.

Other Characters: Wookies, Yoda, and the Kaminoans

I loved the Wookies in the Star Wars Revenge of the Sith. It wouldn’t be the same without them. I felt like the scenes with the Wookies and Yoda further illustrated the Galaxy’s diversity and just how many worlds were affected by the Galactic conflicts. It also added perspective on Chewbacca from the first films. We got to see his people and their homeworld.

The Kaminoans were one of my favorite species in the Star Wars universe. Their backstory isn’t addressed in the actual film, but think about what we saw in Revenge of the Sith. They lived in large stilted domed cities that rose high above the surface of their planet’s worldwide ocean.

Because they created the clone troops, you can infer they were a pretty advanced species. Little nuggets like this drew me more to the Star Wars universe. With further reading, you find out that the Kaminoans specialized in cloning and genetic engineering as a direct result of their fight to survive their tumultuous planet.

These are just a few of the species of the Star Wars universe presented in Revenge of the Sith that help create the amazing depth of George Lucas’ vision for Star Wars.

Check my take on another sci-fi classic, Halo, in Why I Fell in Love With Halo CE.

Love of Space and space exploration? Check the links below.

Intriguing Myths, Discoveries, and Star Systems of Your Zodiac Constellation