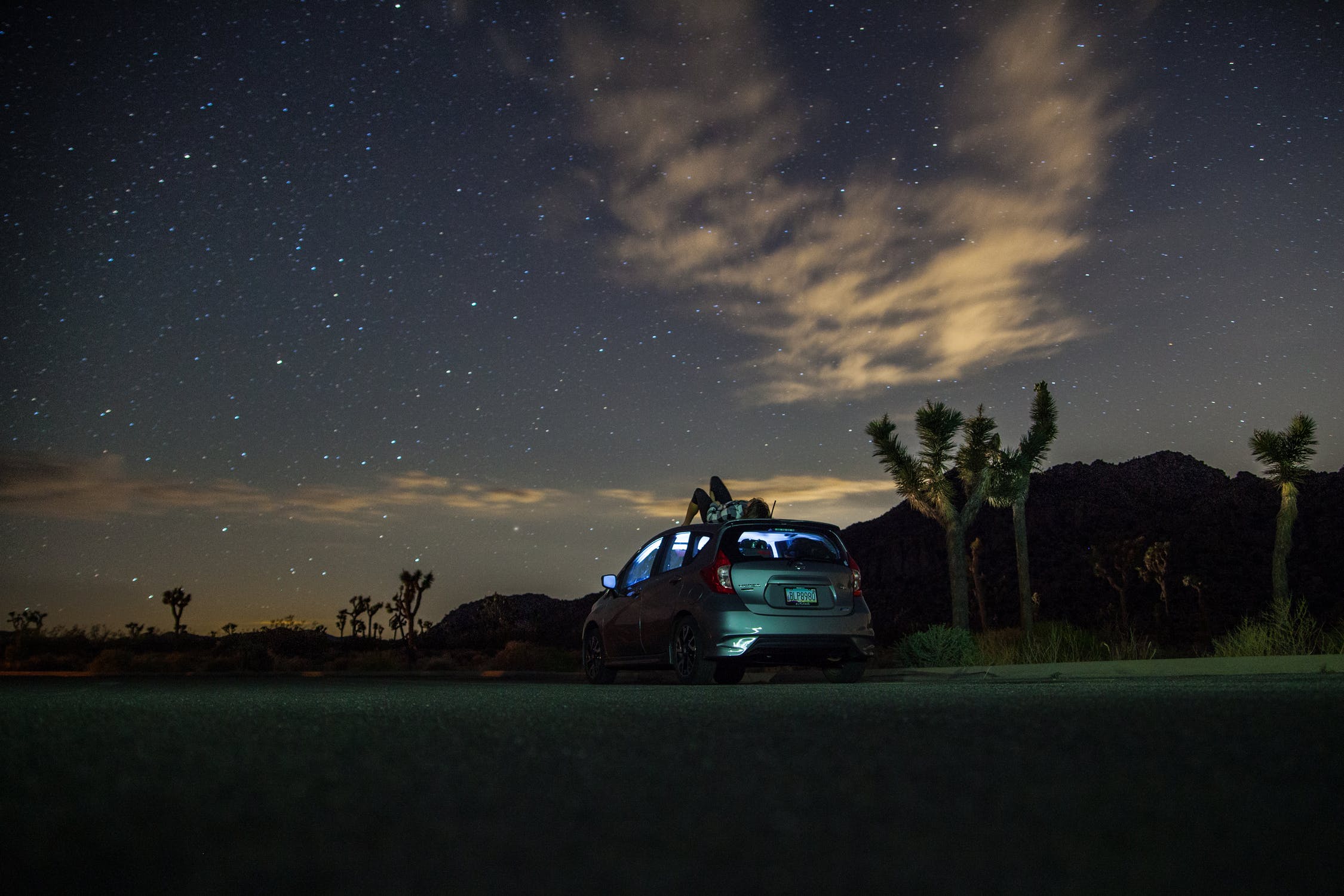 Our movement and change through time and space are fundamental characteristics of what it means to be alive. Imagine a world where everything was still, no time, no past, no future, nothing. Without movement and change, absolutely nothing would exist. As much as the entropy of change eventually dooms us all, it also gives us life. There is no life without movement. There’s no life without change, time, and space.

The stars and planets give an overwhelming perspective on movement, change, space, and time. It’s fundamental to how we live our lives. Look at your watch. Have you ever wondered why an hour is 60 mins? Why are there 24 hours a day? Seven days in a week? Why do we have months, seasons, or years? Who made up the rule that months are around 30 days? Where did your zodiac sign come from? Where did “military time” come from?

The Greeks, Babylonians, Sumerians, and Egyptians all had their hand in how we tell time as well as creating the foundation for some of the language, math, and symbols we use to describe the heavens. Throughout these cultures, the one common theme is the dependence upon astronomy to measure change, or as we know it, time.

Our society has taken a step back from the knowledge of the mechanisms that govern our lives. Before there were iPhones, Google Maps, and smartwatches, we had the stars, planets, sextants, astrolabes, sundials, and celestial globes. The movement of celestial objects has always been the cornerstone of our existence. I’m not saying that we should go back to using these tools. I believe our fundamental understanding of astronomical basics in the context of time, movement, and distance on our planet will give us a strong basis for taking the next leap in human development and growth.

Smartphones are useful, but what happens in a situation when that technology is unavailable to us? Anyone should, at the very least, be able to tell the approximate time and direction based on where the Sun is in the sky on any given day. With that being said, below is a list of basic astronomical concepts that you should understand.

Equinox: An equinox is one of two points in the year that marks the beginning of Spring around March 20th and the beginning of Autumn around September 23rd in the Northern Hemisphere. This works the opposite in the Southern Hemisphere. The Earth’s tilt of 23˚ determines the seasons, equinoxes, and solstices. As the Earth orbits the Sun at an angle, the Sun appears to move through the sky as seen at the same time every day. At Equinox, the poles are pointed neither away from nor towards the Sun. The Equinox marks the time in which the Sun appears directly overhead at the equator.

Solstice: A solstice is one of two points in the year that marks the summer season’s beginning around June 21th and Winter a season around December 21st in the Northern Hemisphere. This works the opposite in the Southern Hemisphere. At this point, the Sun reaches its highest point in the Northern hemisphere sky, simultaneously appearing at its lowest point in the Southern hemisphere’s sky.

Constellation: A constellation is an area in the nighttime sky in which a group of stars appears to form a pattern. Constellations can be objects, animals, people, or creatures. There are 88 constellations. Most constellations date back to ancient times and are have received names from Roman and Greek mythology.

Asterism: An asterism is a prominent pattern or group of stars that is smaller than a constellation. The most popular asterisms are The Big Dipper and the Litter Dipper. These asterisms are apart of the constellations Ursa Major and Ursa Minor, respectively.

Ecliptic: The Ecliptic is the path the Sun traces across the sky over a year against the backdrop of distant stars. This path is also the plane in which the planets orbit the Sun. This plane corresponds to the Sun’s equator and the orbital plane of the entire Solar System. Constellations that ether cross or lie within the ecliptic are known as constellations of the Zodiac.

Zodiac: The Zodiac is the area of the sky 8˚ above and below the ecliptic. This area is significant because all most visible planetary bodies trace paths within this area. Because of its significance, the 12 constellations that reside in the Zodiac correspond to the 12 astrological signs of Aries, Taurus, Gemini, Cancer, Leo, Virgo, Libra, Scorpio, Sagittarius, Capricorn, Aquarius, and Pisces.

Retrograde Motion: Retrograde motion is the apparent change in motion of a planet through the sky. The planet appears to move backward after previously moving forward. This motion results from Earth overtaking the planet in its orbit around the Sun or vice versa. Think of passing a car on the highway.

Diurnal Motion: Diurnal motion is the daily, apparent motion of celestial objects such as the Sun, Moon, and stars across the sky from east to west around the two celestial poles. Diurnal motion is caused by the Earth’s rotation on its axis. One full rotation takes 23 hours, 56 minutes, and 4.09 seconds.

Lunar Phases: We see lunar phases almost every other day, but never stop to think about them. The Moon’s phases are created by the Moon’s sunlit surface, as seen by an observer from Earth. There are eight distinct phases of the Moon, New Moon, Waxing Crescent, First Quarter, Waxing gibbous, Full Moon, Waning gibbous, Last Quarter, and the Waning crescent.

Analemma: An analemma is a pattern of the Sun’s position in the sky at the same time and place, every day, over a year. Analemmas are just as awe-inspiring as solar eclipses. The difference between an analemma and an eclipse is that an eclipse is only visible for a few seconds and gone. An analemma is not even a single event. It’s usually seen as a composite photo of the Sun at the same time and place in the sky over the course of a year. The combination of those photos produces an asymmetric figure 8.

An analemma’s beauty lies in the fact that it is an image of the Earth’s celestial dance around the Sun. The analemma’s shape communicates the Earth’s axial tilt, the eccentricity of Earth’s orbit, and the change of orbital speed of the Earth as it veers closer to the Sun in the winter months.

It took me some time to draw a mental picture of how all these components work together, but it can’t be unseen once you see it. It’s mathematical perfection. 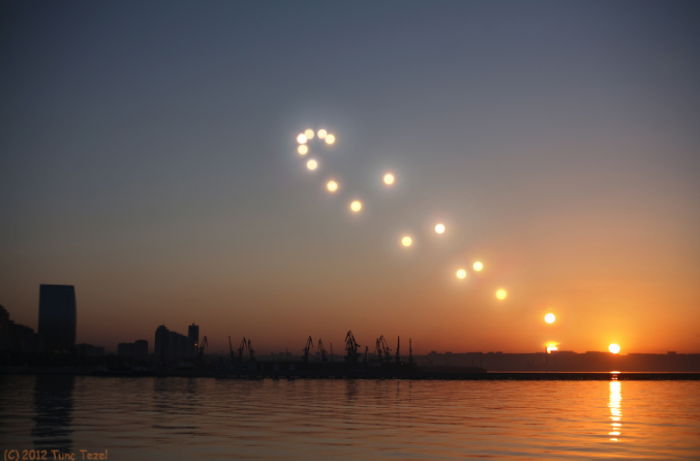 Obliquity: Obliquity or an axial tilt is the angle between an astronomical object’s equatorial plane and orbital plane. The Earth’s axial tilt is 23.44°. This means that the Earth’s equator is at a 23.44° angular distance from the ecliptic. Obliquity is the cause of seasons on Earth. During the summer months, the northern hemisphere is tilted towards the Sun and vice versa via during the winter months.

Syzygy: A syzygy is the alignment of three or more celestial objects within a gravitational system.

Conjunction: A conjunction is an apparent or observational meeting or passing of two or more celestial bodies in the sky. Conjunctions usually involve two celestial objects within our Solar System or an object in the Solar System and a distant astronomical object.

Star: A star is a self-luminous, spheroid body of plasma held together by its gravity. Many stars are visible to the naked eye on Earth in the nighttime sky but appear as fixed points of light due to their great distance from Earth. The Sun is the nearest star to Earth. Like our Sun, most stars host a system of planets.

Zenith: A zenith is an imaginary point directly “above” an observer or a particular location. It can also be described as the vertical direction opposite to the apparent gravitational force at that location.

Meridian: An observer’s meridian is an imaginary line that passes through an observer’s zenith (the point in the sky directly overhead), nadir (directly below), and directly north and south of an observer’s horizon, thereby creating a great circle. The median is perpendicular to the celestial equator and the horizon.

Celestial Meridian: The celestial meridian is an imaginary line that passes through an observer’s zenith (the point in the sky directly overhead) and the two celestial poles. Celestial objects such as stars transit an observer’s celestial median every 24 hours.

Nadir: The nadir is the imaginary point directly below an observer and directly opposite the zenith. A nadir point can also be described as the vertical direction pointing towards the apparent gravitational force at that location.

Azimuth: An azimuth is the angle between a celestial body and a specific point, usually north or south, measured clockwise around the observer’s horizon. This angle lies flat on the Earth’s surface and is perpendicular to the measurement of altitude.

Longitude: Longitude is a measurement in the form of imaginary lines on the Earth’s surface that runs perpendicular to latitude lines. Longitude lines run parallel to Right Ascension lines on and perpendicular to declination on the celestial sphere. An object’s longitude is measured east to west, starting at the prime meridian. Latitude is measured in degrees and minutes.

Hour Angle: An hour angle is the angular distance between an observer’s meridian and an hour circle in which a celestial body lies. The angle is expressed in hours and minutes, corresponding to the time elapsed since the celestial body’s crossing of the observer’s meridian. The hour angle is related to right ascension and can be measured in degrees, with 15° being equivalent to an hour. A closed fist held up to the sky is approximately one hour.

Synodic Period: A Synodic period is the time required for a celestial body within the Solar System, such as the Moon, planet, or an artificial satellite, to return to the same approximate position in the sky relative to the Sun as seen by an observer on Earth. This term is often used to refer to the time it takes for the Moon to cycle through its phases instead of the Moon’s orbital period, which is the Moon’s sidereal period.

Horizon: The horizon is the apparent line that separates land or the Earth from the sky from the perspective of an observer.

Why Saturn’s Moon, Mimas is So Awesome