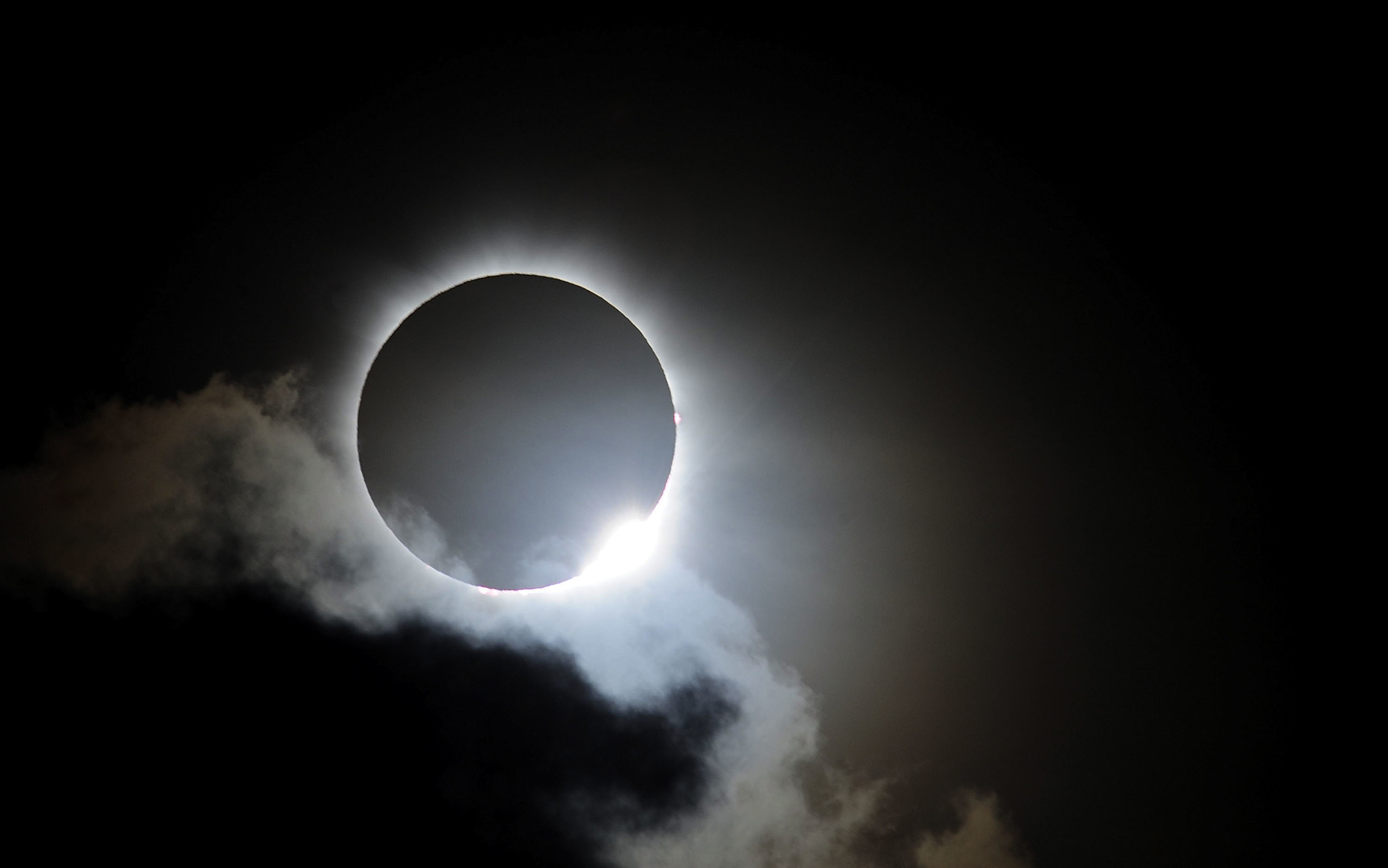 No matter what you read on Facebook, 2017 has been a great year, especially for astronomy and space. The top three astronomical events that come to mind first were:

Experiencing the Solar Eclipse was the first time I witnessed an eclipse with my own eyes. I can unequivocally say that it was one of the most beautiful things I’ve ever seen. No matter what interests or knowledge level, I advise anyone to see a total solar eclipse at least once in their lifetime. The next one over North America will be April 8, 2024, so don’t miss it!

I saw the eclipse with a close friend in Makanda, IL, at Star View Vineyards. There were already about twenty to thirty people scattered around the front yard of the vineyard. Most had eclipse glasses and drank in hand, waiting for the event. We settled in nicely. The people were welcoming and excited about the eclipse. There was also a local band present to lighten the mood! As soon as we got comfortable, we were able to take a second to see where we were in the eclipse stages. Along the way, we knew that the eclipse had already begun, so we expected a little more progress by now. As someone who has never witnessed an eclipse, even seeing a tiny portion sliver of the moon press against the face of the Sun was surreal.

As I sat on a bench gazing at the sky with my eclipse glasses, I watched as the moon slowly moved to cover the Sun. It’s a strange feeling to observe such a rare occurrence. The physical mechanics of orbital motion was there for all to see. I felt as though I was an eager child watching an adult do something as simple as to appear and reappear. To the child who doesn’t completely understand our world, it seems extraordinary that a person can be present one minute and absent the next. How exactly does that work?

I continued to watch as the eerie twilight slowly and steadily settled in. The moon gradually covered up more and more of the Sun. Creepy shadows began to creep up on trees and other objects. The mood was unique but sober. I imagine this is what feels like to witness a UFO (something I hope I never experience) or, on a minute scale, what it must feel like for astronauts to orbit the Earth and gaze upon the sphere that is our world. This was nature’s classical performance, a performance that needed no observer or help from us; we were just here for the ride.

The Moment of Totality Playlist

I created a playlist to at least halfway capture that feeling. The Totality Playlist’s excellent breakbeats will drive any workout, casual walk, or night sky observer. Gazing at the stars is mostly a solemn experience. Still, I imagine traveling the stars is an intense, life-changing experience that will put to shame our wars, prejudices, and ingrained stories of good and evil. The universe knows no right, wrong or evil. But it rewards the diligent, the risk-takers, the survivors. It giveth and taketh away but still devours us all the same.

Exploring the space above our sky is not an exercise in science and mathematics. It is an exercise in human will and ingenuity. It reflects what we could be if we took action instead of posting our thoughts. If you saw the eclipse or any eclipse, I hope that you felt at least some things I felt. I hope it brought to light the fact that our everyday lives aren’t about what we see, feel and hear in front of us, but also the lives of 5 billion other people on this planet who share the same star, the same moon, the same clouds, and the same sky. Hopefully, we will understand the Sun and Moonshine for us, not him, her, or them, but for us.

In a sense, this is why the Solar Republic exists. The Solar Republic is more than about interplanetary space travel. It’s centered around the fact that we, as human beings, are capable of greatness. We are destined to travel the stars and discover new worlds. This is humankind’s destiny. We are, but one species are moving on a rock that revolves around one of the trillions of stars. We are mere quarks in comparison to our majestic universe. Yet, as mere specks, we are still capable of observing and comprehending it. That’s a gift we all should cherish every day.

The moon steadily moved in upon the face of the Sun. I remember thinking that even at 20%, the light from the Sun was still enough to light the entire sky. Only at that moment did I truly understand the power of the Sun. The warmth, the energy it provides is the catalyst for everything we know as life. The feeling I felt was of awe, serenity, and peace.

There was a defining silence as I watched the moon move quietly, slowly, and mechanically across the face of the Sun. At that very moment, you realize that you are actually on a planet with a moon that orbits the Sun, and these things have absolutely nothing to do with you or any human for that matter. They revolve and rotate irrespective of how you felt when you woke up this morning, regardless of political affiliation, regardless of your social status or food you ate. They will keep moving when we are long dead and gone; the heavens will continue to move in perfect mathematical harmony. Yes, a thing that isn’t alive can move, on its own, without you, I, or anyone else – a truly spiritual and humbling feeling.

The Polarizing Reasons Pluto is Not a Planet Anymore