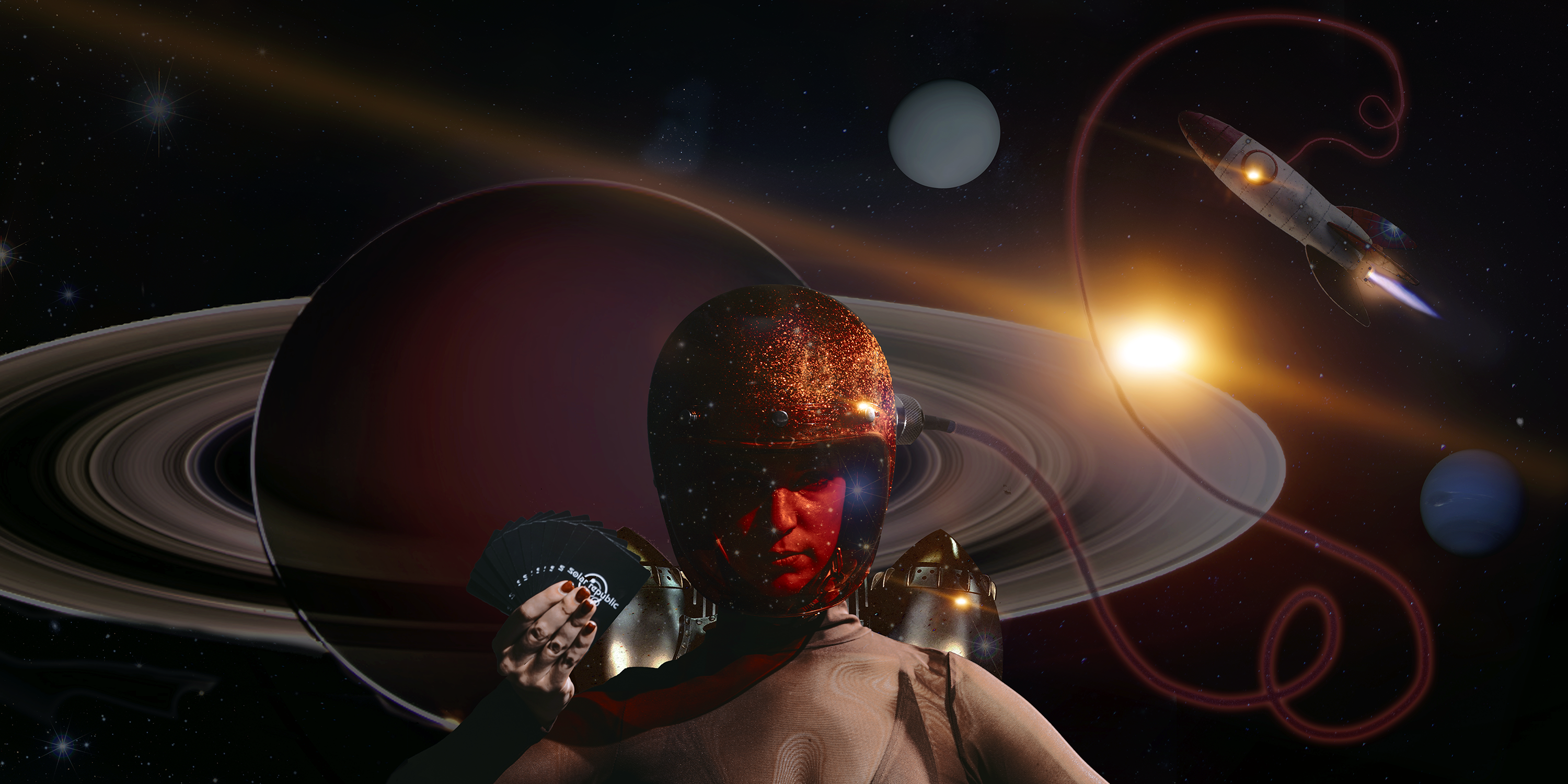 The Solar Republic game is a great game for those familiar with the common games of Spades and Euchre but also appreciate a little “space” in their card games. The game was created with an affinity for space exploration, astronomy, and astronomical symbols.

Imagine a future, not quite dystopian, but by far not a walk in the park. We are space-faring but still human. Our technological advances have allowed us to thrive in places we would have never dreamed of.

The adventurous are truly going where no man has gone before, setting up settlements and colonies throughout the Solar System. Land is the new currency. The more you own, the more you can secure a future for yourself and your family amidst constant unrest.

You have three goals. Demonstrate your Prowess. Explore the Unknown. Conquer the Solar System.

The deck consists of 52 cards, 5 suits, and 2 wild cards. The cards are listed below from the most powerful cards to the least powerful.

There are 4 suits with 10 cards each, and one suit with 12 cards. This is the Sol suit. The Sol suit includes 10 cards, but also includes the Sol and Asteroid Belt wild cards. It is important to remember the 5 suit symbols since all cards belong to one of the 5 suits. 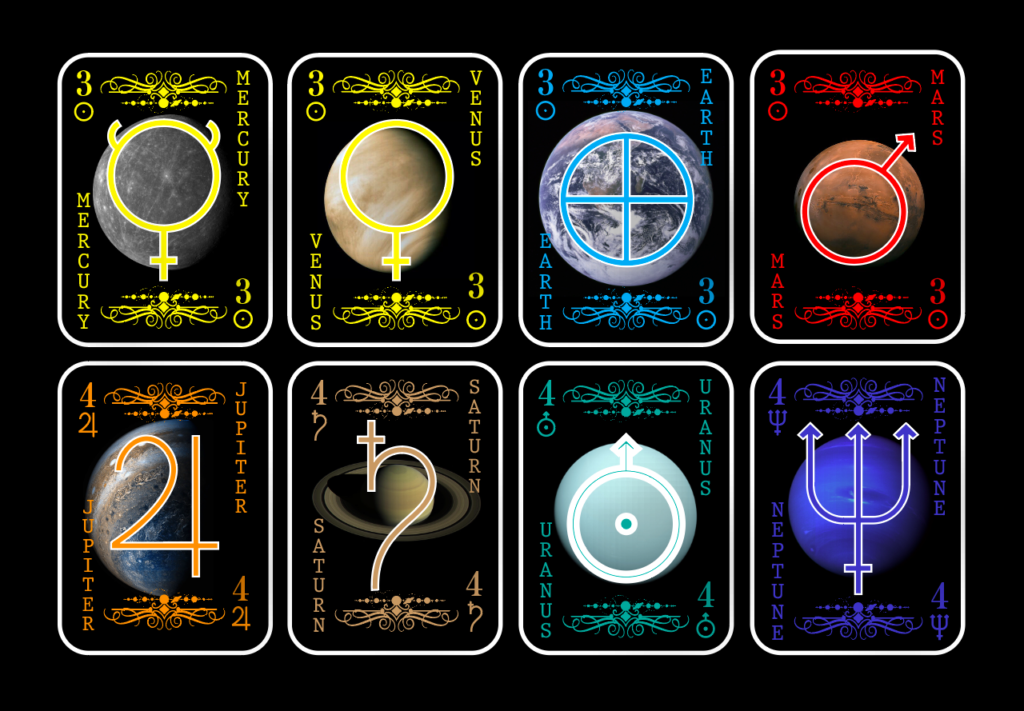 The Object of the Game

End the game with the most rounds or “tricks” won.

The best gameplay is with 2 or 4 players.

The winning Trump card doesn’t have to be in Suit, HOWEVER, if an out of suit Trump card is played, the player must not have any of the in-suit cards in their hand or else, this is a reneg. (To reneg is to fail to follow suit in cards when able and required by the rules to do so)

If a player draws a Trump card, that card wins the round (or trick) no matter the suit.

At the end of the round, if a Trump card is not played, another round ensues.

If TWO Trump cards of the same suit are played, the planet (Planets are 3’s and 4’s) closest to the Sun wins the round or trick.

The winner of the last round (or trick) begins the next round.

The Sun is the most powerful card, taking the Asteroid Belt anytime both cards are played in a round or trick.

The game ends with the first player relieving themselves of all cards or the Draw Pile is depleted.

The player or team with the most Books wins.

Pro-Tip: By allowing a trick to proceed into a second round, you have a chance to win the two rounds or tricks. But, don’t get too greedy, someone else may have a better trump card.

You’ll need to know these symbols because the majority of cards are moons of one of these planets. All moon symbols except for our moon, (Luna), highly resemble their planet’s symbol.

Below is an example of cards within Jupiter’s suit. All cards within of Jupiter’s planetary suit moons are easily identifiable by the shape of their symbol AND the small Jupiter symbol at the top left-hand side of the card as well as at the bottom right of the card.

Dwarf planets and Moons are number 2’s. There are five dwarf planets within the Sol suit since they orbit the Sun. All moons belong to the suit of the planet they orbit. All moons also bear the symbol of their primary planet in the top left and bottom right corner of each moon card.

We hope you truly enjoy this game and it manages to raise awareness about space and space exploration. Below are some helpful links if you’re into space just as much as we are!

Haven’t purchased the card game yet? Purchase your next favorite The Solar Republic Card Game today!

Why I Fell in Love with Halo: Combat Evolved