About The Solar Republic

The idea of Solar Republic was created over 25 years ago, by two large-eyed Mississippi kids who dreamed of traveling among the stars. They were obsessed with the planets, stars, and constellations. Their imagination led them to ask questions such as “what would it be like to set foot on Mars” or “to scour the upper atmosphere of Titan.” They read cover to cover books such as Wayne Douglas Barlow’s “Expedition,” fascinated by the biology, the geography, the technology, the art of discovering new worlds. Nothing amazed them more the than combing through topographical images of foreign moon surfaces transmitted to us from Voyager, Cassini and other probes passing through our Solar System during the late 1990s. 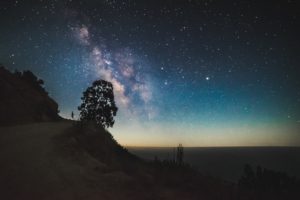 They were explorers, even if their “explorations” were the equivalent of a pile of science books our parents bought us for getting good grades. They were taken away from them when they didn’t behave in school. They are known affectionately…and otherwise as “space nerds.” On the surface, they rebuked the label but internally embraced it. They would get overly jubilant when we thumbed through the pages of Wayne Barlowe’s “Expedition” or “Stars and Planets” from Peterson Field Guilds.

Twenty-Five years later, one of those children is the author of children’s books, and the other is pursuing the millennial lifestyle of “working from anywhere” as a marketer. What remains the same is our love for the stars, in this case, something more close to home, our star, the Sun, named Sol and her family of planetary systems.

This next stage of human evolution will be spearheaded by those who appreciate the fine arts as well as the beauty of a well-balanced mathematical equation. We are going to need individuals who embrace the competitive spirit with a desire to be great, but live and walk in love, empathy, and charity. To that end, everything produced, directed or created by the Solar Republic embodies our journey on the path to becoming better humans and eventually, our journey into space.

My journey, all journeys, begin with just one step. Creating the Solar Republic Card game was the first step in what hopefully is my life’s journey of bringing humanity closer to traveling the space above the clouds. This was indeed a childhood dream. Our childhood is when our minds were the purest and most innocent. We didn’t have the burden of learned fears and prejudices. We were free to explore and accept the world as is, with no conditions. Those were the moments when our eyes were full of wonder, intrigue, and fascination with the simplest of things like stars and planets. This effort is a return to my childhood, or at least the imaginary worlds that my youth created.

I hope you enjoy the movement as well as the card game. My specialty is marketing, specifically online marketing. We wish to get people excited about the idea of space travel and exploring our beautiful Solar System. In every way, it is the final frontier for humankind. One of the only moves that will unite us as humankind in one effort to further our species and ensure it’s survival. Whether you are a scientist, marketer, accountant, secretary or grocer, you have a place within this movement.