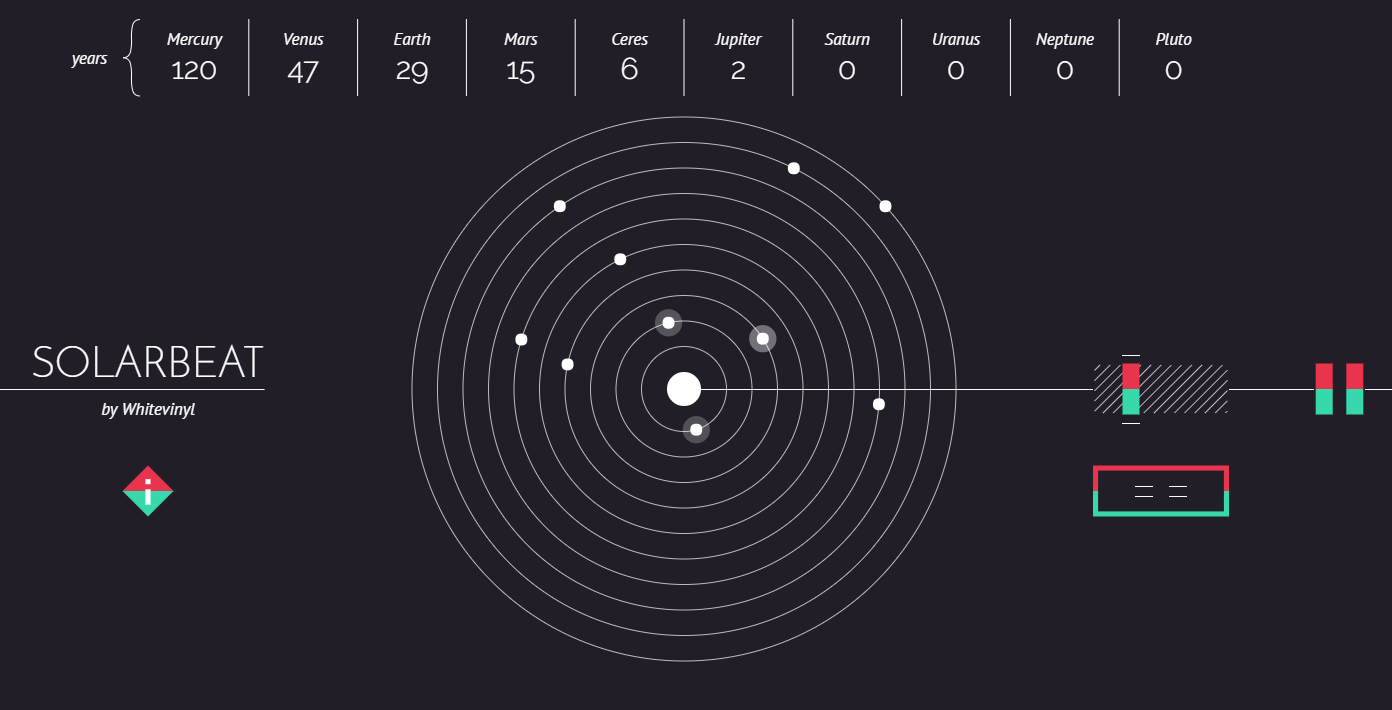 As a former graphic designer, I have always loved interactive projects. That’s why I was ecstatic when I found the interactive musical project created by Luke Twyman and Whitevinyl!

SolarBeat features musical chords using the real orbital frequencies of the eight planets along with the dwarf planets Ceres and Pluto. The tunes can be adjusted to add more echo, flutter, and bass. Along with these adjustments, scale and speed can be adjusted as well. So the next time you’re bored or have some free time play some Solar System tunes.

Since the planetary orbital frequencies are real, the interactive project can serve as an education piece for young students wanting to understand the differences in time each planet takes to orbit the Sun.

Luke Twyman is a talented interactive designer, photographer, web developer, singer, and musician based out of Brighton, UK. He’s the man behind Neverest Songs (not to be mistaken for the Canadian band) and some pretty cool experimental videos found via Vimeo.

We hope to get some of his works in our next Solar Republic Playlist. So far, we have only been able to find two songs on Spotify. One, in particular, is the charming Paper Trumpets. Definitely, a must-listen. Hopefully, there are more on the way.

More of Luke Twyman’s projects can be found at Whitevinyl.

Why Is Pluto Not a Planet?