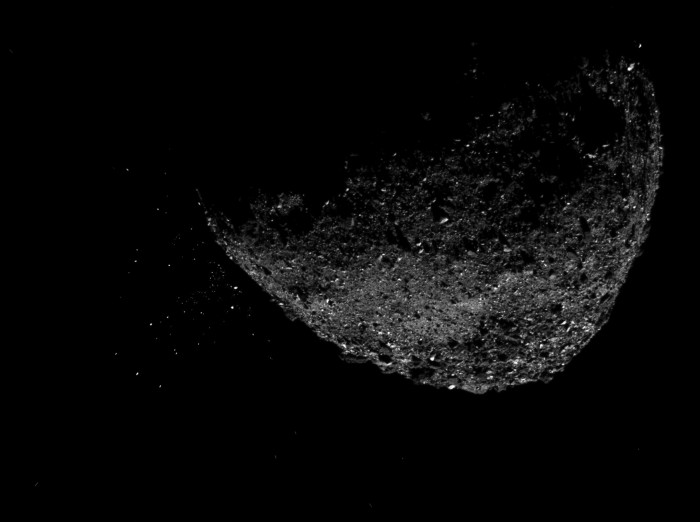 Tuesday marked yet another historic day for space exploration. The OSIRIS-REx space probe touched down on the near-Earth asteroid Bennu some 200 million miles away to collect a sample and return to Earth in 2023. Yes, 200 million miles is NEAR Earth. The $1.16 billion OSIRIS-REx mission will be the first American spacecraft to return samples from an asteroid if the mission is successful.

Bennu is one of the millions of asteroids in our Solar System. However, the asteroid is unique in that it is a NEO or a “near-earth object.” NEO’s are asteroids that orbit the Sun within at a distance of 1.3 astronomical units. An astronomical unit is equivalent to about 93 million miles and is the equivalent of the Earth’s distance from the Sun.

This means that Bennu has the potential to crash into Earth so we need to learn as much as we can about NEO’s such as Bennu.

NASA’s New Frontiers program launched the OSIRIS-REx space probe in early September 2016. The probe reached Bennu in early December 2018 making the asteroid the smallest body that a NASA spacecraft has ever orbited. The probe’s close orbit around the Bennu is also the closest orbit for any spacecraft around an object.

During its orbit, the spacecraft extensively mapped the asteroid in great detail until this earlier this week when it successfully touched down briefly upon the surface of Bennu to collect a sample of the asteroid. But this wasn’t a “touch down” in the traditional sense of a plane landing.

The “landing” was what the team calls a “touch-and-go” event and lasted a little bit over 5 seconds with the spacecraft launching back into orbit after collecting samples of debris it kicked up during those 5 seconds.

It will take the OSIRIS-REx mission teams about another week to determine how much of a sample was collected by the spacecraft from the landing site, named Nightingale. As far as we know, the collection is was successful during the “Touch-and-Go” event.

You may have noticed that the two landing sites are named after birds. Well keeping with the same bird them, the NASA team has named all of the potential landing sites after birds. In all, there are four, Nightingale, Kingfisher, Osprey, and Sandpiper.

If enough sample material wasn’t collected in the initial TAG, OSIRIS-REx will attempt another TAG at another chosen site, “Osprey” next year, January 2021. Once the sample is secured, the probe will leave Bennu on Bennu in March 2021 for the two-year trip home to Earth and parachuting into Utah’s west desert on September 24, 2023.

Why Is Pluto Not a Planet?